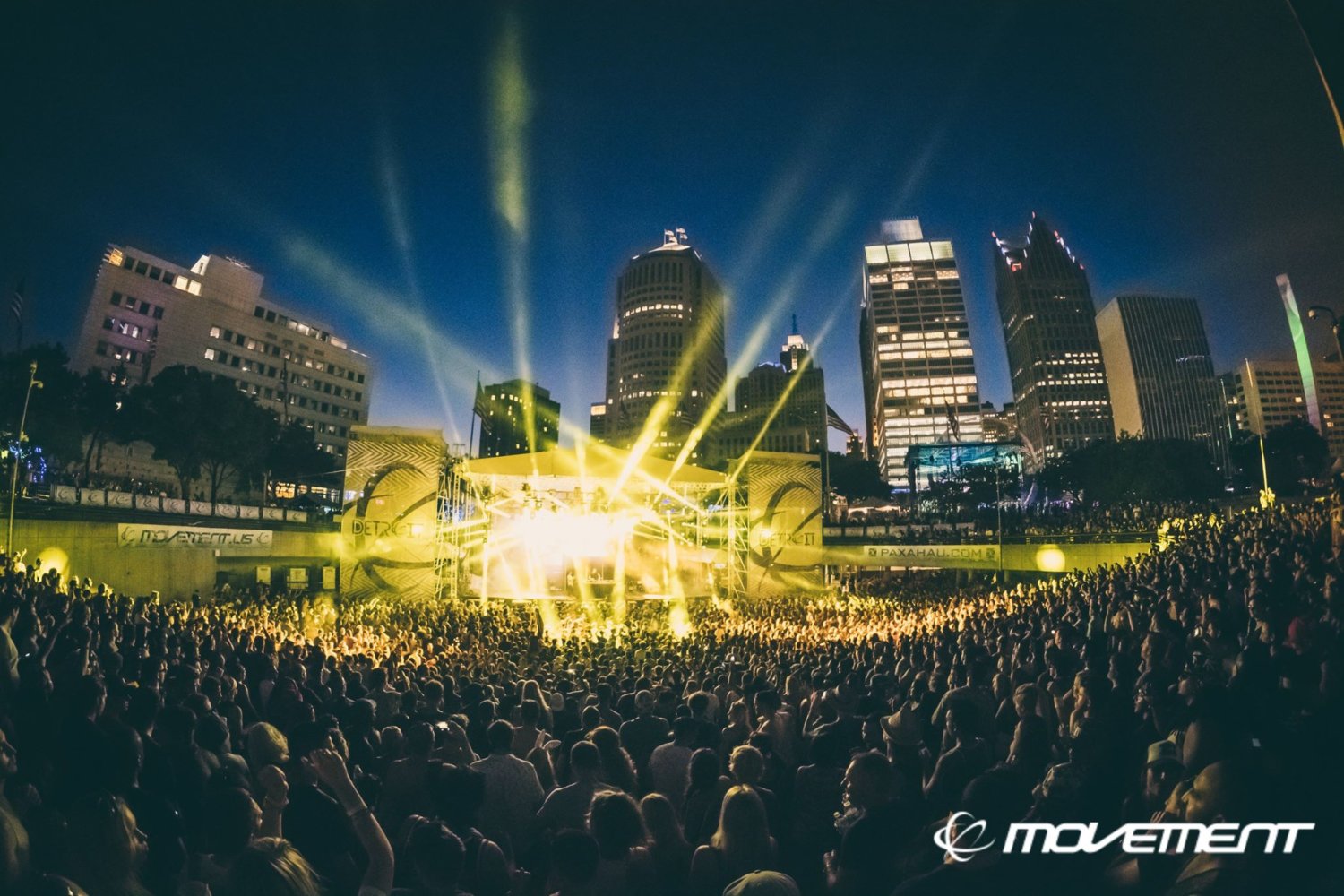 Movement Detroit has announced first names for its 2017 edition.

Happening over the long Memorial Day weekend—from Saturday, May 27th through Monday the 29th—Movement 2017 has revealed nearly 70 acts with this initial announcement.

Carl Cox, the first confirmed headliner, will take over the main stage on Monday night.

“I am really looking forward to coming back to the home of Techno, it’s been a few years now since I was there last, but I can finally say, I am coming back,” Carl Cox is quoted in a press release. “I always have so much fun, with my DJ peers and the party people. I cannot wait to rock the dance floor once again. See you soon.” 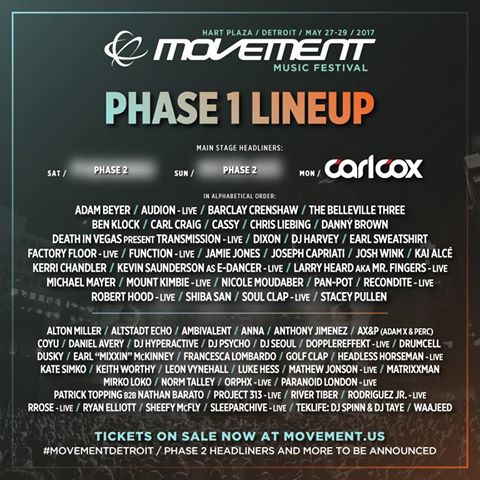 Of course, plenty of Detroit artists will be on hand. Pioneering trio Juan Atkins, Derrick May and Kevin Saunderson will perform as The Belleville Three for the first time in Hart Plaza. Carl Craig, Norm Talley and Luke Hess will DJ, while Saunderson (presenting his E-Dancer project), Robert Hood and Dopplereffekt will play live.

Other highlights include Francesca Lombardo, Leon Vynehall, Teklife’s DJ Spinn & DJ Taye and Danny Brown. More bookings, including the Saturday and Sunday headliners, will be announced in 2017.