Loco Dice’s Desolat Serán Bendecidos crew are joining forces with Dutch house ambassadors Slapfunk to throw the ultimate after party to close out ADE. It takes place at the infamous BRET on Monday, 23rd October.

Revealed earlier this year, the Desolat Serán Bendecidos concept gathers together a group of artists that includes Loco Dice’s companions from the past and present, international guests, local residents as well as new and exciting talents. Already hosting events in Barcelona during OFF Sonar, Milan, Basel, Ibiza and Brussels, Serán Bendecidos is the beginning of a new chapter for Dice’s acclaimed label as they celebrate their 10 year anniversary. 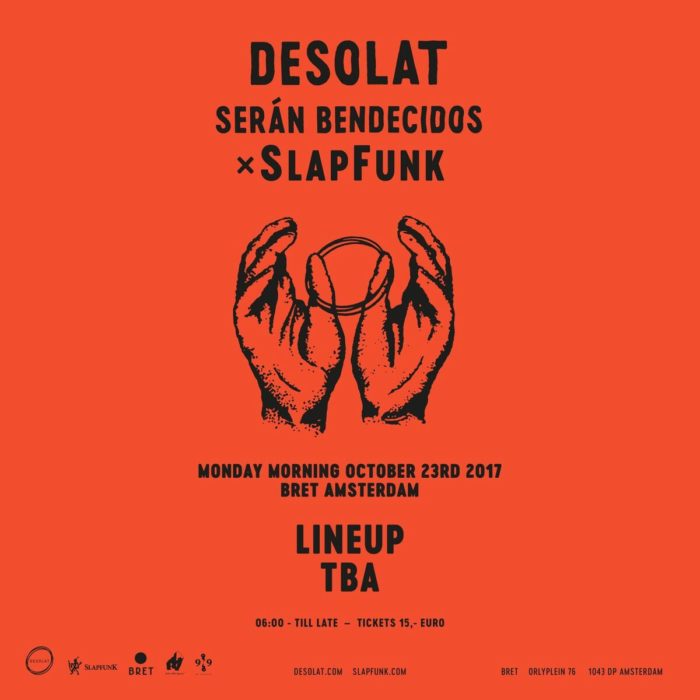 Line-up is still secret, while tickets available only at the door.