DJ Spen – real name Sean Spencer – is without doubt one of the most influential DJs and producers of our time.

A true representative of Soulful House music, DJ Spen’s vast discography of original successful productions, killer remixes and sensational DJ sets have been setting the dance floors on fire since the early 90s.

Initially inspired by hip-hop, he began at an early age producing mix-shows for regional radio stations before releasing his first production as part of Numarx. He first came to international recognition, however, when he joined Teddy Douglas, Karizma, Maurice Fulton, Thommy Davis and Jay Stienhour as part of The Basement Boys. Their unique fusion of Gospel, Jazz, Disco and House cemented the foundations of his illustrious career. During this time, Spen formed Jasper Street Company and released his first full production, “A Feelin”.

In 2004 he went solo and started Code Red Recordings with Gary Deane. Not long after he formed another group, The MuthaFunkaz, with Gary Hudgins, Gary Deane and Irvin Madden.

We had the pleasure to interview DJ Spen, who flies in for an exclusive DJ set at our headquarters. Here the Baltimore House music legend talked his career, the philosophy behind his Quantize Recordings label, upcoming projects, Pioneer DJ equipment and more.

Hello and welcome to House of Frankie, Underground Radio in Milan, Italy. Today I have been joined by super DJ and producer DJ Spen. Hi, how are you? Nice to have you here in Milan.

I’m good, thanks!
Going back in time, you started your career at the age of 13, producing mix shows for several regional radio stations. Then you founded one of the area’s first hip hop production groups, the Numarx. Could you tell us something about it, about the beginning of your career?

It was kinda crazy! I knew as a teenager what I was supposed to do with music, and in doing our hip hop thing it was really good, especially back in that time. It was hard because we weren’t from New York, you know, we were from Baltimore, which is a smaller city, so we had to work twice as hard just to do the same things as some of the guys were doing in New York. We had a lot going on in Baltimore; we opened up for LL Cool J, Heavy D & the Boyz, EPMD… we really did quite a few things back early. When the hip hop thing changed was when I moved over and started working in house music and writing songs for the likes of Ultra Naté, Crystal Waters and that kinda stuff with The Basement Boys.

What’s next for DJ Spen? Are you currently working on new projects?

You had the privilege of working with and remixing some of clubland’s biggest names over the years, such as Diana Ross, Michael Jackson, Everything but the Girl, Toni Braxton, Kirk Franklin, Ann Nesby, and Shaun Escoffery. Any exciting collaborations coming up? Also, who would you love to collaborate with in the future?

Oh, there’s a lot of people I would love to collaborate with! Like I said, we have a lot coming up, things that I would love to do as I would love to work with the likes of Adele, Beyoncé – who wouldn’t wanna work with here! – Bruno Mars or somebody like that. Those are the people that I kinda have my eyes on, trying to see what I can get done here.

You are the owner of one of the most influential labels in the house scene, Quantize Recordings. Could you tell us briefly how did you get the idea? What’s the philosophy of your label?

The philosophy of Quantize Recordings is to make really good, solid, soulful dance music, so that’s dance music of all types. We do a lot of stuff; some things lean towards tech but still have soul, while others lean towards really deep soulful which you can still dance to. Therefore, the most important thing we try to do with Quantize is to make sure that everything is danceable in one way or another, and when Thommy Davis – who was one of the original Basement Boys – and myself came up with the complete idea, that was what we wanted to do. Now we have so many people like Gary Hudgens, Sheila Ford and so on… it’s so many people that we count on on a daily basis to keep Quantize going. It’s just really to try and express ourselves but at the same time stay true to our roots, which is soulful dance music of all types that stem from disco all the way back. So, yeah, it’s a lot.

Now let’s go to your DJing. You’re considered as one of the most talented DJs, because you also know how to make the best use of new DJ technologies. So, what I want to ask you is how are you finding the new Pioneer DJ CDJ-2000NXS2?

I really like them. What these “machines” do is to allow you to be able to think about something and then be able to do it. Vinyl was kind of restricting, even though everybody really liked the “let’s go back to the vinyl” thing. What’s going on with the Pioneer DJ CDJs is that you can do things you have never thought possible and it’s just a lot of fun working them and DJing with them. I often play with Karizma, he’s like a mad scientist, a genius at working with the Pioneer material, and we have a lot of fun DJing together.
The Pioneer platform really makes it easy for us to do a lot of things and it’s almost like, you know, producing live, some things that you would do in a studio you can actually do live. So, it’s a lot of fun.

As a big international artist, you travel a lot, your music is known all over the world. You’ve appeared regularly over the years at Southport Weekender, SuncéBeat festival in Croatia and so many other festivals in US, UK, Italy, Australia and so on… But where are your favourite places to play?

Man, Southport Weekender, anything involved with them is really good! I also like playing with the Groove Odyssey guys out of London. Another favourite place of mine is Melbourne, Australia, for sure! It’s all the way around the world but the vibe is good, the people are good, you can just play good stuff and they’re still into it. So, I love playing there a lot. And Japan, of course.

What do you think of the global House scene at the moment?

Um, I think that the soulful side of dance music is definitely on a comeback, it’s getting to a point where mindless music – it is the only way I can put it with – is just not really satisfying the listeners anymore. Listeners are looking for a lot more depth within what they’re dancing to, and I think that’s a great thing. People like Frankie Knuckles, David Morales, Louie Vega etc., just never die, just kinda keep on going. So, I think house music is coming back again and you know, parties like Glitterbox really helped to maintain that. People like Dimitri From Paris, Joey Negro, and all of these guys, helped to pioneer the sound and it’s returning. It has never really gone anywhere, but it’s returning on a big scale, so that’s what I think.

Our digital platform, House of Frankie, was born as a project dedicated to Frankie Knuckles, and more in general, as a tribute to house music. Do you have any memory of him?

Oh, I have a lot of memories of Frankie Knuckles, but the one thing I can say – that was consistent about Frankie – is that he treated everybody really nicely, he treated everybody with respect. He was a true professional and up to the date he died, he did house & dance music, and he really didn’t deviate too far from it. So, his life was kinda poured into what dance music and house music is and it’s an honour just even be considered to do something like this, because Frankie was such a nice guy and inspired me and so many other people. It’s not too much that you can say about a legend that just did everything, and he did everything really well. 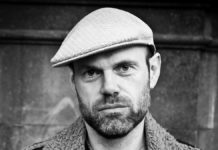 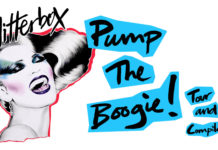