Last week Italian DJ and producer Angelo Ferreri came to our HQ for a quick chat and a DJ set.

As he got closer to the House music world, he quickly developed great skills on DJing.
This let him spinning at many clubs, first in Sicily and then in all Europe.

He started his career as a producer in 2004 under the nickname of “Alkaline” and “Angelo Elettronico“, initially coming across genres like Progressive House, Hardstyle, Hardcore. In 2010 he immediately started to attract the attention of several others labels with a different kind of music, under the name of “Angelo Ferreri“.

Hello and welcome to House of Frankie, Underground Radio in Milan, Italy. Today I have been joined by super DJ and producer Angelo Ferreri. Hi, nice to have you here in Milan.

How does it feel to be elected the 1° Best Jackin House Artist of 2017 by Traxsource?

I’ve been trying to promote the Jackin House genre for a long time. So, when I noticed on Traxsource that this genre was the one I identify the most with, I immediately applied for Best Artist in that category. I must admit I was disappointed when I was told I didn’t win the title in 2016, but in 2017 I made it and I was so happy to receive this important recognition. But anyway, I still keep working hard!

Why did you choose the Jackin House genre?

At first, I did Hardcore music, which had nothing to do with Jackin House. Then, after a while, I came across this funky sound which inspired me a lot. And talking about Traxsource, in my opinion it’s the best music platform to find the most appropriate music genres, because if you are searching for House music, you will find House, if you’re searching for Jackin, you will find Jackin. Having said that, I chose this genre because I think it’s the one that suits me best.

How did you start your career? Did you have any inspirational figure in your life, someone who has inspired you?

My inspirational figures are my country, Sicily, and the sea. The latter, in particular, is the key figure for me because it’s synonym with tranquillity, piece of mind, which is essential in my opinion for making music. If you are stressed, I don’t think you can succeed in that. As to my career, I started arranging an old Playstation as a digital workstation, beginning to learn the first arrangements and making my first albums and vinyl. Then I worked hard to buy my first professional set-up and laptop. So, in my opinion I wouldn’t call it career but hard work!

What’s the philosophy of your 2 labels, Mood Funk Records & MONOSIDE?

Nowadays it’s so easy to launch a label and a lot of people have tried to pushed me to start mine for years. They kept saying to me “You should have your own label considering all the music you keep making.” But I thought it wise to wait for the right moment, to gain more experience in this field.

The philosophy behind my two labels is to listen to everybody, to propose what I like the most collaborating with the artists and respecting them.

What’s next for Angelo Ferreri? Are you currently working on new projects?

I’m not the kind of person who likes to say “I’ll do, I’ll do…”. For me, there’s something to work on and do something positive every day. But anyway, I have some releases with some big labels and some events, like festivals in Croatia and Ibiza with Defected. I hope something good will come out of it but if not, it’s alright for me.

Our digital platform, House of Frankie, was born as a project dedicated to Frankie Knuckles, and more in general, as a tribute to House music. Do you have any memories of him?

What can I say about him besides that he’s the Father of House music? I think anyone interested in DJing should listen to his discography, know what he had done and follow the artists with whom he had collaborated. So yeah, everyone should be inspired by this legendary icon. 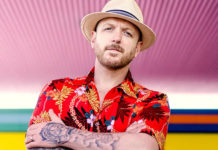 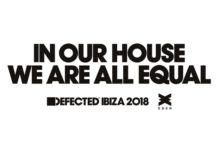 Traxsource Announce A Reduction Of Prices!