We had the pleasure to interview Italian duo The Cube Guys. During the chat, we talked about their next projects, #Cubed! brand, Cube Recordings, and much more!

Hello and welcome to House of Frankie, Underground Radio in Milan, Italy. Today, I’m here with The Cube Guys. Hi, how are you? Nice to have you here in Milan!

So, let’s start with the interview. Are you currently working on new projects? Maybe any new productions?

We always work on new projects and new productions everywhere we go, anywhere, anytime, because with technology right now it’s a drama! We can bring technology everywhere so there’s always a lot of work to be done.

I know you have also expanded your brand with a wine in collaboration with a wine producer. Where did you come up with this idea?

That was a funny experience because a few years ago during our gigs we used to put our #Cubed! logo on a water glass as a joke. That attracted many people and a good friend of ours has a wine company, so he asked us “Guys, I know you do it as a joke, but why you don’t turn this into a business?”. And this is how it all started. Something we surely didn’t expect and then built up professionally and seriously.

Guys, you’re always on the road. What are your next #Cubed! events? And where will they take place?

This Saturday we will have our own Cubed party in north Italy. We have just come back from Vancouver, Canada, last weekend from an event, a big Gay pride we attend every year. Of course we will go to Munich, Indonesia, we will fly back to the USA for the Miami Music Conference as every year, Brazil… so it’s a quite busy schedule but we love it!

And talking about The Cube Guys project, how did you guys meet? When and how you decided to create a duo?

We have been friends for a long time, there’s a 10-year age gap between Luca and me, so Luca was very young when he frequented the studio where I worked on another project. After having matured and finished my old project, Luca and I decided to open a new studio, and we called it Cube Studio. That’s how the Cube Guys were born, pretty simple.
The project aimed mostly at people from abroad, because at that time Italy was very static, both in terms of productivity and of club. And back then, many big DJs like Robert Sanchez, who was the first to believe in us, proved us right.

Roger Sanchez was the first who believed in you, introducing you in the international scene. Could you tell us something more about this story and your collaboration with this great House music artist?

Oh yeah, that was a funny story. It was summertime, we were at the beginning of this project and we made a track for a competition Roger used to held in that period on Release Yourself radio show. We were lucky because Roger selected our track we did as the winner track. The funny thing was that Roger called me personally on my phone in August when he was in Ibiza and he told me “Luca? Cube Guys? Luca, your track is the winner track! So, it will be released on Stealth Records.” We felt like being in seventh heaven.

You have remixed and collaborated with a bunch of great artist over these years… Barbara Tucker, Michael Grey, David Penn and so on, but who would you love to collaborate with in the future?

Our dream is to collaborate with Depeche Mode. I don’t know whether we will succeed in this or we will ever remix one of their tracks. I think It’d be like achieving something very big, it’d be like being in seventh heaven.

Last summer, your label Cube Recordings celebrated a huge milestone, its 100th release with an exclusive new mix of Whitney Houston‘s hit “I Wanna Dance With Somebody” made in collaboration with Barbara Tucker. You started the label in 2011, but could you tell us something about this project? What was the idea behind it?

Personally, I love the original song, because of the emotion that track used to convey to the crowd. And of course, it wasn’t easy to re-sing with the original Whitney Houston’s voice, it’s impossible to clone her. So, the first singer we met was probably the best one, because she was able to do a sort of remake of the track’s original interpretation. Barbara said “Guys, I know how to re-sing it” and it was perfect. She re-sang the track in the US and sent it to us here. It was perfect.

House of Frankie, was born as a project dedicated to Frankie Knuckles, and more in general, as a tribute to house music. What do you guys think of this legendary DJ and producer?

Maybe the thing I remember the most about Frankie is his sensitivity. In my opinion, this has really made a difference, because any DJ should have a great sensitivity in order to offer the music he listens to and be able to pass it on to other people. Therefore, technically and productively speaking, this isn’t a reflection on what others like or don’t like, but on someone who gave us so much for this reason.

Thank you, guys! It was great to have you here! Bye Luca, bye Roberto! See you soon!

Listen to The Cube Guys’ latest releases on Traxsource

Find The Cube Guys on Beatport! 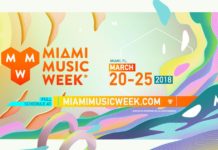 Find Out All The Events of Miami Music Week 2018 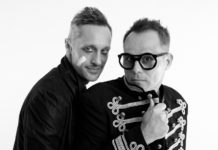